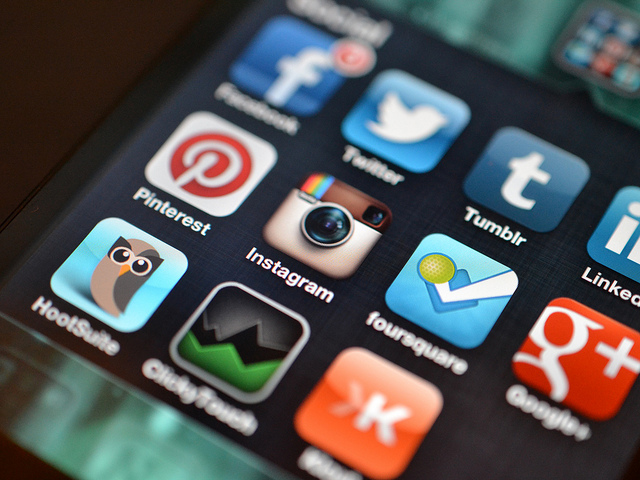 The use of social media is harmless for most individuals but when it begins to interfere with other aspects of life, it can have negative consequences. Social media addiction is not officially recognised as a compulsive disorder, but it can have a destructive impact on the lives of those affected nonetheless.

An addiction is typically classified as an obsessive or compulsive behaviour that negatively affects an individual. Most people think of things such as alcohol, drugs or gambling when they hear the word addiction. The reality is though that individuals can become addicted to anything, and while many people use social media excessively, it would not be considered an addiction unless it is causing problems within that person’s life.

The Effects of Social Media Addiction

As mentioned above, social media addiction can interfere with an individual’s ability to live a normal life. Constantly checking smartphones and computers for social media updates can prevent people from doing other things; it can have a negative impact on home, school, or work life. It can also negatively affect relationships.

Those who are always checking their phone have little time left to give to relationships, and they may become more comfortable living in a virtual world than in the real one. Lack of personal interaction can lead to a breakdown in current relationships and can be harmful. Those who find that they cannot go for long periods of time without checking their status’s or tweets or who are constantly thinking about social media could have a serious problem.

Signs of a Social Media Addiction

Although some individuals may find the idea of social media addiction amusing, the truth is that it is a reality for many. If you are worried that social media is taking over your life or are concerned about someone you love, there are a few signs to lookout for.

If you think you have a social media addiction, there are some steps you can take to minimise the problem.

The first thing to do is understand that social media has become an issue in your life. Accept that you are spending far too much time on this one activity and make a promise to do something about it.

Many people choose to go cold turkey and delete their social media apps from their phone. If you really want to stop spending all your time on social media, you could install another app called ‘Cold Turkey’, which will actually block you from logging on to specific websites.

If you don’t like the idea of never going on social media again but want to limit the amount of time you dedicate to it, consider setting boundaries for yourself. This means that you can set certain times of the day when you can check your notifications or update your statuses. It might be a good idea to only check social media accounts from your computer. This means that you don’t have access from your mobile devices and can only check social media when you are at home.

Find other activities to do rather than spend all your time online. Make a point of joining clubs or get a hobby. If you keep yourself busy doing other things, you will have less time to spend on social media.

If your social media addiction continues to have a negative impact on your life, and your attempts at cutting down or quitting have failed, it may be time to seek the help of a trained addiction counsellor. Addiction is an illness that you may not be able to tackle alone. A qualified professional will be able to get to the root of the problem, and he or she might be able to teach you specific ways of dealing with your compulsive tendencies. It is a good idea to seek help as soon as possible for any type of compulsive behaviour. Left untreated, it could develop even further until it has a destructive effect on your life and the lives of those around you.