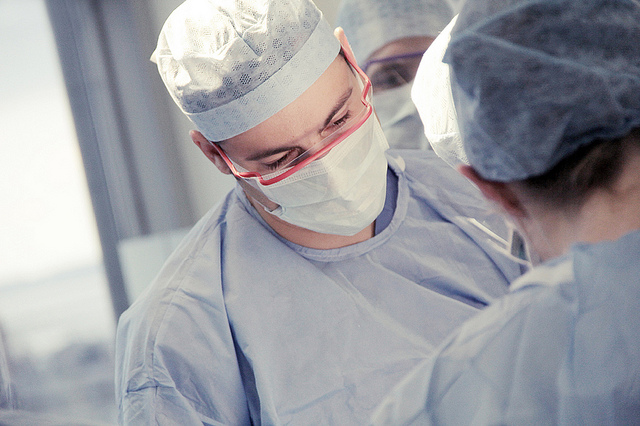 Addiction is most commonly associated with substances such as prescription medication, illicit drugs and alcohol. It can also be connected with compulsive behaviours such as shopping, sex and gambling. However, an increasing number of people are developing addictions to cosmetic surgery, repeatedly going under the knife in a bid to change their appearance.

Cosmetic surgery is often used by celebrities trying to stave off the signs of aging or who strive for ‘perfection’. Many reality television programmes also highlight cosmetic surgery as a means to change aspects of the physical appearance that individuals may be unhappy with. There is no doubt that cosmetic surgery has become more commonplace in society these days and while for some it can be used as a way to boost self-confidence, for others it can become a dangerous obsession.

Cosmetic surgery can involve both non-invasive procedures such as Botox, or surgical procedures like liposuction and breast augmentation. The industry makes billions of pounds every year as more individuals undergo cosmetic procedures to change their physical appearance. Some will have one procedure, such as breast implants, because they are unhappy with said breasts and, once they have had this procedure, they will be satisfied. Nevertheless, some people continue to go under the knife because they become addicted to the idea of being ‘beautiful’.

Becoming addicted to plastic surgery can be dangerous to physical and mental health. Those who suffer from this type of addiction will develop a compulsion to alter the way they look, and this is generally caused by underlying issues. Cosmetic surgery addicts are often insecure about their physical appearance and have their own idea of what beautiful should look like.

Contrary to popular belief, cosmetic surgery addiction affects both men and women, although women do tend to undergo more cosmetic procedures than men do. These types of procedures often act as an outlet for those with underlying emotional or mental issues. Many of these individuals do not realise that their need for perfection stems from other issues, so they rarely get help. They just do not realise that continuously seeking perfection through cosmetic surgery is an addiction and so will continue to do so without addressing the issue. Unfortunately, there are no regulations as to the number of procedures one person can have. Provided he or she has the money to pay for them, they can have as many cosmetic procedures as they like to feed their addiction.

Body dysmorphic disorder (BDD) affects many individuals and causes them to continuously find flaws with their physical appearance. They may see themselves completely different to how others perceive them. They are often convinced they are ugly, despite others thinking they are attractive. BDD can cause sufferers to be unhappy with the way they look and may make them feel depressed or insecure. BDD sufferers often have low self-esteem and will look for ways to ‘improve’ their appearance, often through cosmetic surgery.

Nonetheless, the problem is that no matter how many cosmetic procedures a person has, if they suffer from BDD, it will never be good enough. They will just find something else that they are unhappy with and will look for another procedure to correct that ‘flaw’. They will remain obsessed with the way they look at their attempts to correct their imperfections. BDD is one of the biggest causes of a cosmetic surgery addiction.

Other Causes of Cosmetic Surgery Addiction

Society, and the media in general, has played a significant role in the emergence of cosmetic surgery. With so much emphasis on the physical appearance of celebrities, more and more of the rich and famous are opting to go under the knife to ensure they always look their best. Every time a celebrity has a cosmetic procedure, it will be on the front page of tabloid newspapers and magazines, swiftly read by impressionable fans. There are even reality TV programmes all about the virtues of cosmetic surgery and these can leave a lasting impression on those who watch them.

Women and, in particular, young girls, tend to be very impressionable and want to look like the stars they see on TV and in magazines. However, many are unaware that photos in magazines are airbrushed or photoshopped to make the stars appear flawless. Many try to become something that does not even exist.

Because cosmetic procedures are often surgical, there is an element of risk every time an individual goes under the knife. Surgery always carries the risk of complications. Infection at the site of incision is a possibility and scarring can occur in some cases.

Those with a cosmetic surgery addiction may not realise that they are suffering from a compulsive disorder. They may know that they are fond of getting work done on their appearance but may not be aware that there is an underlying problem driving their behaviour and they may be oblivious to the fact that this is an issue that needs to be addressed.

It is important that the cause of the addiction is identified so that this can be treated. It is easy to just tell someone with a cosmetic surgery addiction to simply stop getting these procedures done, but for the person with the addiction, the compulsion to do so can be too strong to ignore.

Thankfully, there are a number of qualified counsellors and therapists who are experienced in dealing with compulsive behaviour disorders and can help cosmetic surgery addicts identify the reasons why they feel the need to constantly go under the knife. They can help them to address the issues and to learn to love themselves for who they are rather than for what they look like.

It is important that a cosmetic surgery addiction is treated as soon as possible because of the obvious risks associated with surgical procedures and to avoid any permanent damage to the body.