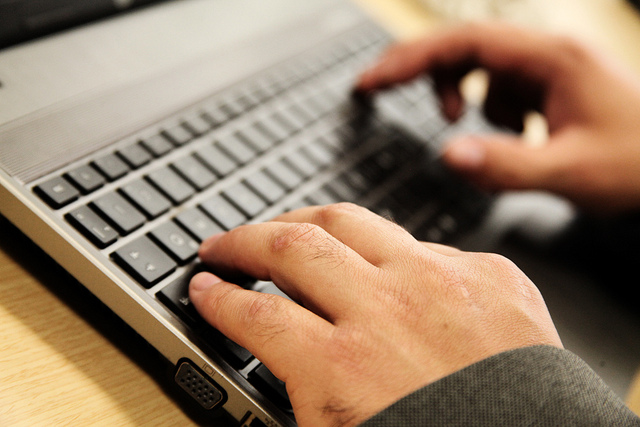 The internet is now an enormous part of life, and it is something that most people utilise every single day. It is now no longer necessary to be sitting at a computer terminal to access the internet – it is available on the go through mobile devices such as smartphones, tablets, notebooks, and laptops.

While most would agree that the internet is one of the most important inventions of our time, it can also cause damage to everyday life situations and relationships when used inappropriately.

Just as some people can develop addictions to substances such as drugs or alcohol or activities such as gambling and sex, some have been diagnosed as having an addiction to using the internet.

An internet or computer addiction is an impulse control disorder and is similar to a gambling addiction. There are a number of ways in which individuals can be classed as having an internet addiction, but those who are more comfortable spending time online rather than in the real world may be susceptible. It could be that these individuals are spending too much time playing online games, being in chat rooms, or on social networking sites. Some may even spend hours blogging and conversing with others online instead of connecting with people in real-life situations. Some of the more common types of internet addiction include:

Internet addiction is of particular concern to many health officials as it is becoming increasingly common among children and young people. It has been estimated that one in four children are currently addicted to the internet.

Signs of an Internet Addiction

Using the internet in moderation can be hugely beneficial. It can allow, for example, people to communicate with others on different continents via email or social media, and it provides a wealth of useful information as well. However, the internet can also become addictive to the extent that it has an adverse impact on a person’s life. There are a number of signs to look out for with an internet addiction, including:

As with any addiction, internet addiction can have a negative impact on the family members and friends of the person with the addiction. If addicted loved ones begin to spend too much time online, and they end up neglecting home life, it can damage relationships and, in some cases, cause financial hardship.

Internet addicts tend to spend much of their time alone online while consequently spending less time with the real people around them; this can lead to isolation and abandonment issues in children. Trust often breaks down and, in some instances, relationships can be damaged beyond repair.

Why Do People Become Addicted to the Internet?

Many people can use the internet without becoming addicted, but some will spend more and more time online in order to escape feelings of depression, loneliness, or anxiety. If they find that spending time online helps to relieve these feelings, they may begin to spend more and more time on the internet. The longer they spend online, the higher the chance of becoming dependent on it.

Some individuals are more prone to an internet addiction than others are, especially if suffering from anxiety or depression. Another factor that could lead to this type of addiction is that of those who already suffer from another addiction such as gambling, shopping, or alcohol.

People who are socially uncomfortable may also find that they have more confidence online and begin to live in a fantasy world in which they can be someone other than their real self.

Recognising an internet addiction can be difficult, especially as so many people spend vast amounts of time online these days. Nevertheless, if you feel that you may have an addiction to the internet, there are things that can be done to help remedy the situation.

It is important to learn how to cope with stressful circumstances in a healthy manner. This could involve exercising, meditating, or even reading a book. There are many organisations from where you can get information on particular coping techniques that can be used instead of spending hours online. It is important that you tackle this issue sooner rather than later and speak to a professional counsellor or therapist if your internet use has become unhealthy and is damaging your quality of life.